The legend of the first Christian altar in the world. 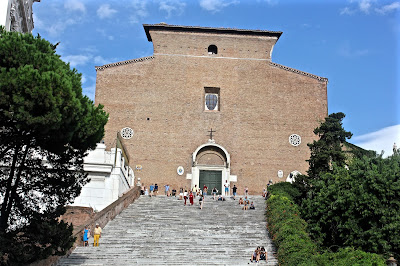 The Basilica of Santa Maria in Aracoeli.

The Basilica of Santa Maria in Aracoeli next the to Piazza del Campidoglio and above Piazza Venezia has an interesting story. It is known that many of the early Christian churches were located on pre-existing buildings dedicated to other cults. Even this church was probably founded on the site where the temple of Juno Moneta (Juno “Coin”) was located. The word moneta (coin in Italian) derives from this very place. This temple was also considered to be the place in Rome where the pagan priests would contact their deities. Although the debate of the oldest church in Rome is still open, there is one story that rises above all and that is that this church is supposedly the oldest one. Santa Maria in Aracoeli hosts the only Christian altar in the world to have been created before the birth of Christ. How is this possible? 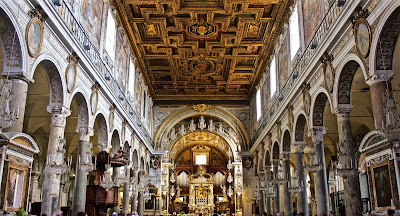 The central nave of the ancient basilica.

The legend states that the Emperor Augustus consulted the Sibyl Tiburtina and she told him that a king of human form that will come from the sky and will reign and judge for ever shall come in the near future. This is also why sibyls are often represented in Christian art - they are the first to announce the coming of Christ. Here in Rome we have the wonderful examples of the Carafa Chapel and Raphael’s fresco in Santa Maria della Pace. 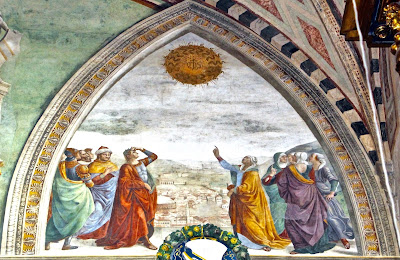 However, later the emperor, who was in his room, had a vision: a virgin standing on an altar and in her arms a baby, her voice announces that that was the altar of the "Lord of Heaven". Octavian falls to his knees in adoration. This was later interpreted as the vision of the coming of the Messiah. According to the legend Augustus was very impressed by the vision, so he dedicated an altar to the "Lord of Heaven" near his room. This was then called "Ara Coeli", ie "Altar of Heaven”. That altar was later substituted by a Christian one when the church was erected. 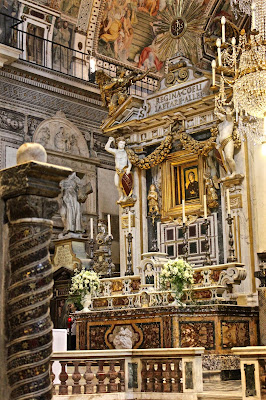 The present altar of the Basilica, located on the same spot of Augustus' "ara".

A nice detail in the church would confirm this story - as we enter the basilica, the third column in the left row has an ancient engraving that reads A CUBICULO AUGUSTORUM… many scholars today agree that this was one of the columns that was originally found in the emperor’s apartment (and in particular near his bedroom). 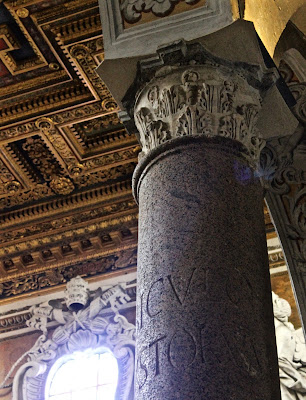