The chasuble is the western liturgical vestment worn for the celebration of the Mass. It is mainly used in the Roman Catholic Church and the Anglican Communion. Its Eastern Orthodox equivalent is the phelolnion. It is to be worn over the alb and stole and like the stole its color changes with the liturgical seasons. Like the cope, it originated in ancient Rome as a garment for the outdoor. 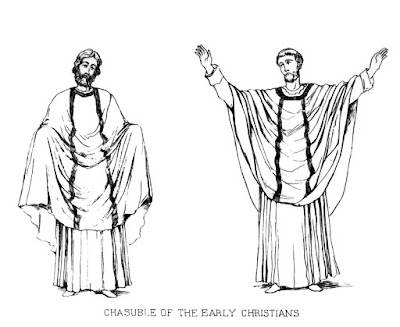 The casula, latin for “little house” originated as a sort of conical cloak - it was a simple oval piece of cloth falling below the knees on both sides. It had to be gathered up and folded on the arms in order to use the hands. Strings were sometimes used for this purpose. In the middle ages also begins the liturgical fashion of lifting the chasuble during communion - it is today only symbolic but then it was a real help so that the celebrant could elevate the elements freely. 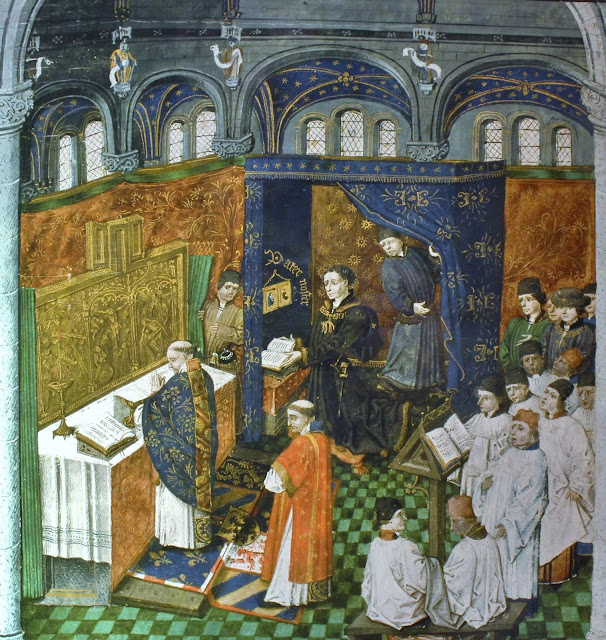 Example of Gothic chasuble in the Sarum rite.

At the end of the XIV century the sides began to be shortened and the Gothic chasuble reached its apex of beauty. During the XV and XVI century and the chasuble began to look like a fiddleback. The sides of the vestments do not reach to the ankle but at the wrist - folding is unnecessary. 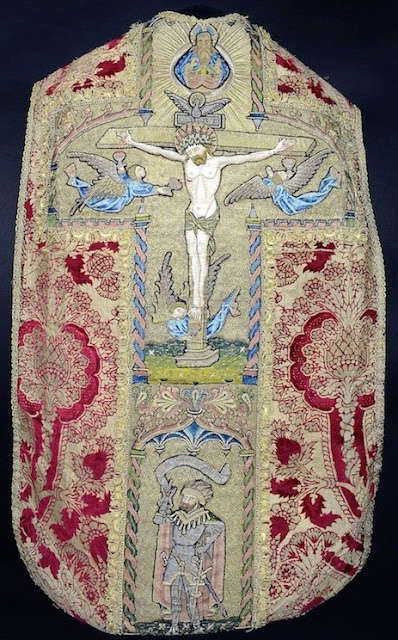 The "Westminster vestment" (XV century) worn by Cardinal Nichols for the Mass for the repose of the soul of King Richard III  - according to tradition it was worn by the Benedictine monks in Westminster Abbey during the reign of the king. 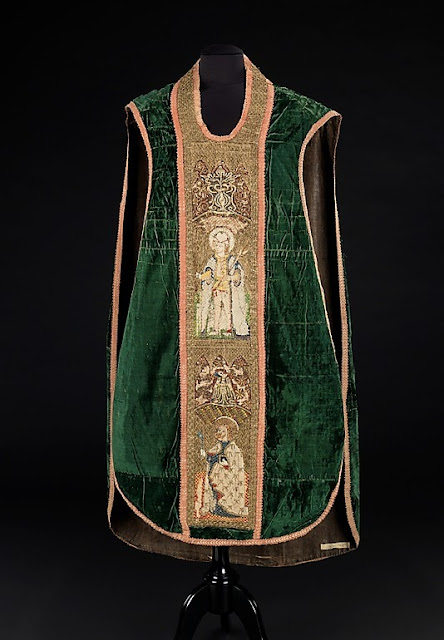 Until the end of the XVI century there was still plenty of ample Medieval chasubles but most began to be shortened - the chasuble was reduced to a broad scapular, leaving the arms free and was also shortened on the front and the back. In order to make easier for the priest to join hands - the front was cut away further - also because sometimes the back of the chasuble was heavily embroidered. This distinctive sort of chasuble became known as fiddle-back. Decoration schemes were often used on chasubles - they often included the image of the cross or a saint - rich materials such as silk, cloth of gold or arcade were used - especially in high mass sets. There is also a strange hybrid between the Gothic chasuble and the fiddleback - these sorts of chasubles are in the so-called "transitional style". The fiddleback is known in Italian as pianeta. 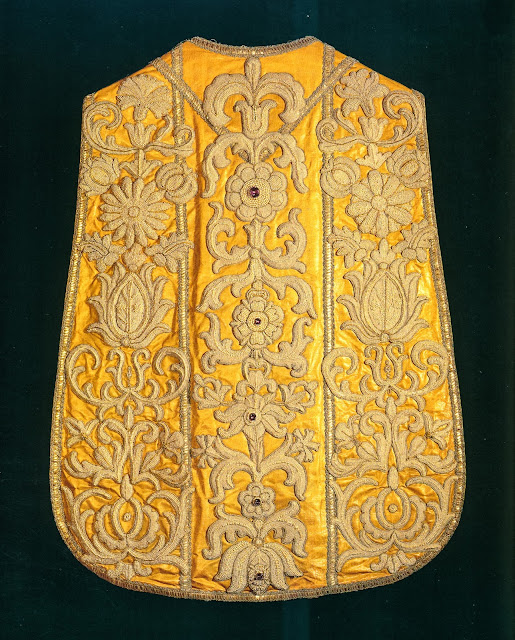 In certain cases the XIX century saw a rise of the Gothic chasuble, especially in England where the Oxford movement tried to revitalise the Sarum Rite and its beautiful ritualism and vestments. Today both in the Anglo-Catholic or Tridentine circles the fiddle-back is preferred, though for some Sarumists a good Gothic chasuble is still accepted. 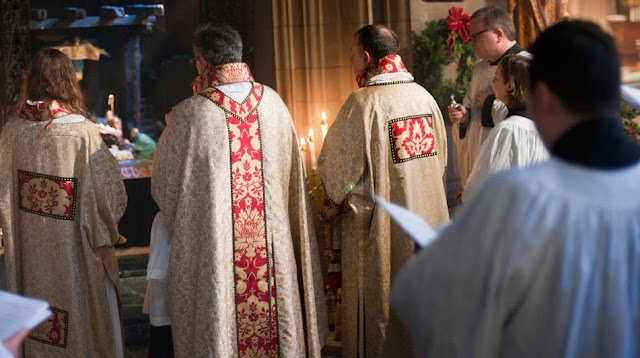 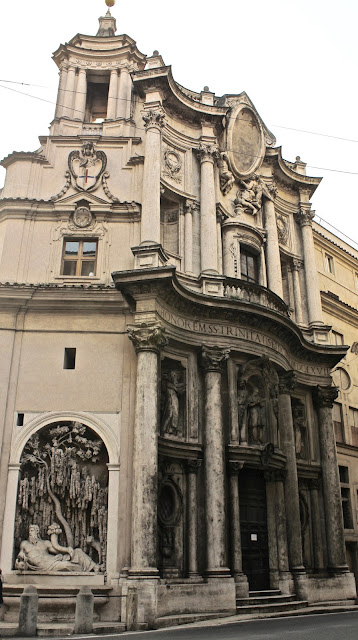