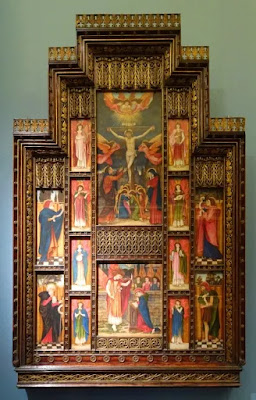 During the Grand Tour, Italy became a hot destination for British travellers coming to enjoy the beautiful weather and the splendour of both classical and religious art and architecture. During the late 19th century Italy was disseminated with English chapels and churches. Not only did the big cities such as Rome or Florence have two or three congregations each, but even the smallest resort towns in the middle of Tuscany or in the alps ended up with an Anglican chapel of some sort.

Especially with the rising popularity and affordability of trains, Italy became a popular destination for both the middle and upper classes. Two different examples of these are the churches that were founded in Florence and Sanremo. The first being the principal meeting place of the largest English community of the continent, in a city that prided itself with the title of capital of the Renaissance, the other being a leisure destination at the heart of the Italian Riviera, and much desired in the summer months to escape the scorching weather of the larger cities.

In this brief article we will see how the two main English churches founded in these two cities can be taken as examples of good and bad preservation of our cultural heritage, as although the two still exist, are no longer in use with the Anglican congregations, both having sold recently during the second half of the twentieth century. 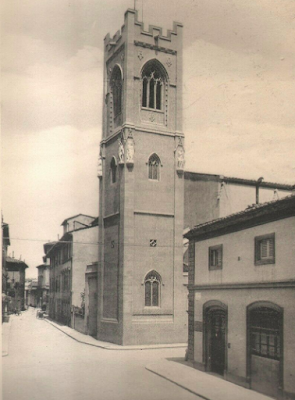 Florence’s love affair with the English begins in the 18th century, with the Grand Tour, soon the Tuscan city become a favorite destination for British travellers, who not only come to admire the wonders of the capital of the Renaissance, but who in a way, turned Florence into the world’s art capital. By the 19th century, Florence is for one third foreign, that one third is mostly British, an Anglo-Florentine social scene establishes itself during these years, and will continue to flourish until the beginning of the second global conflict.

With the British “colony” of Florence, comes the arrival of the Protestant faith. Three Anglican congregations exist in Florence by the second half of the 19th century, the largest congregation among these is Holy Trinity. Holy Trinity was founded in 1840 and it better represented the high and dry tradition within Anglicanism. As the congregation’s unstoppable growth proceeded, the chaplaincy committee started to look into the option of founding a proper church building - subsequently, the job was entitled to a prominent British Victorian architect, George Frederick Bodley, one of the most illustrious figures within the high church revival movement. 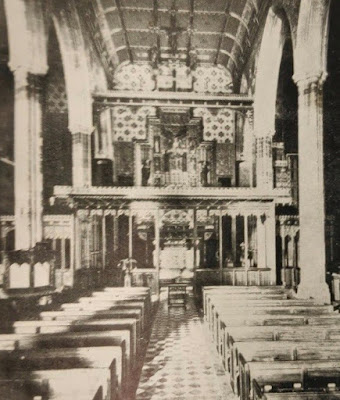 A new Holy Trinity was built between 1891 and 1904. The church was a statement of Englishness at the heart of the Italian Renaissance, it was not intended as competition, but instead as a form of contribution on behalf of the English, to add their own bit of beauty, in the city where beauty had been developed to the highest of standards. The interior was lavish, decorated with several painted panels by several Pre-Raphaelites residing in Florence at the time, the ceiling was decorated with Gothic Revival stencil-work, a Bodley trademark. The stained glass and the pipe organ are also English. The architect also designed a stunning rood-screen to divide the sanctity of the sanctuary from the nave, behind it was an incredibly fine fourteen-sections panelled altarpiece. 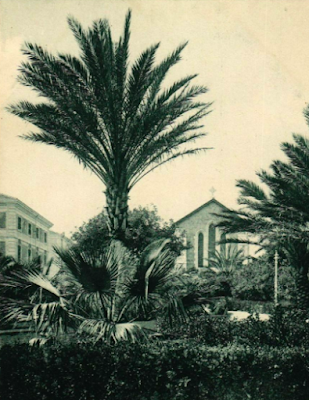 All Saints' church, San Remo in the early 20th century.

While permanent English “colonies” were being established in the great centers of Rome and Florence, these same expats were making of some of Italy’s nicest coast-towns their summer-retreat havens. While, both the Amalfi Coast and Sicily became popular, so was the Italian Riviera - which was being disseminated with Church of England chaplaincies, much like its French counterpart. The British had been in Genoa for centuries, due to trade - a late Victorian still functioning church, designed by G. E. Street, still exists there. Other churches existed in Alassio, Rapallo, Bordighera, and Ospedaletti.

Among the coast-towns preferred by the English “colony” for their summer holidays, was the “city of flowers”. Sanremo marks the border with the French Riviera, at some point three Church of England chaplaincies existed here, two were built between 1868 and 1904 - the first was too small for the congregation and got demolished, the second was bombed during the war. A third one survived, the church of All Saints’ in Sanremo, was built in 1884. It was attended by prominent Brits of the time, among them Edward Lear, who also worshipped at home - although we know from his accounts he wasn't a fan of the long sermons there! The church is built in the Gothic Revival style, somewhat also inspired by the Northern-Italian Gothic Revival style. Its interior is blessed with beautiful English Pre-Raphaelite glass, and a splendid early 20th century Flemish altarpiece. A "clock-tower" was added in the early 20th century to function as a parish hall, to this day it's one of the town's landmarks. The pipe organ is among the best in the region. 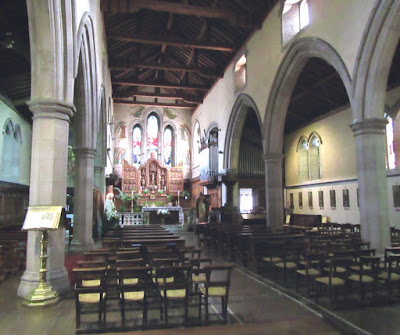 The interior of All Saints' church, Sanremo, as of now.

After the Second World War, many of Italy’s English congregation saw a terrible decline in numbers. Holy Trinity was sold to the Waldensian Church in 1966 and the congregation joined that of St. Mark’s. All Saints’ organ was last played on the occasion of the Queen’s Coronation in 1953. The congregation slowly died out in the 1980s, during which time all the Italian Riviera chaplaincies were being served by Genoa. Eventually, the church was sold to a Catholic congregation in the early 1990s.

It must be said that several English churches were sold to the government during the second half of the 20th century, with the government sadly emptying the sanctuaries, but at least preserving the buildings. The cases of Holy Trinity and All Saints’ can be taken as examples of bad conservation and good conservation. 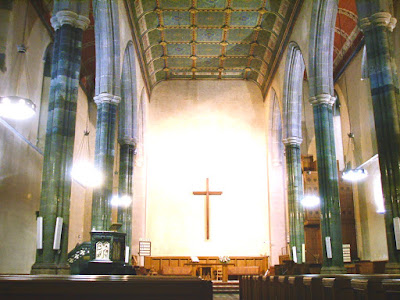 The interior of Holy Trinity church, Florence, as of now.

When Holy Trinity was sold to the Waldensians in 1966, no provision was made for the church’s decor to remain untouched by the new occupants - the chancel was smashed, the rood-screen and altarpiece removed, with no knowledge of their final fate. Florence and Italy lost a rather important asset in terms of a unique example of Victorian and Pre-Raphaelite art, with the building created around these, losing its mystical and most logic symbiosis.

All Saints’ instead, can be considered a good example of conservation - when the church was sold to the Roman Catholic Church during the 1990s, provisions were made for the church and furnishings to be preserved as much as possible, with the liturgical provisions of the Second Vatican Council having little impact on the splendid sanctuary. The whole plan had been well thought through by the Diocese of Gibraltar, and it was implemented thanks to the respect of the new occupants. There was even a provision that allows Anglicans to use the building for worship to this day.

While, it is not always possible to sell churches to those closest to us in their tradition, provisions must be made to preserve the whole context of liturgical arrangements and architecture, as they can’t be seceded in the context of a house of worship. A church without its focal point being preserved, the sanctuary, becomes a shell. I am not saying the Waldensians should have not purchased the building, but I am saying that from a conservation point, whether it’d be another Church or a public acquirer - sensitivity and caution towards the preservation of the wholeness of our cultural heritage must be payed attention to.

On the other hand, All Saints' Sanremo remains a good example of good conservation . with its interior and chancel arrangement having being protected and cared for with respect and sensitivity. Moreover, while it is never a good idea to “sell the family silver”, it must be made sure that it won’t be ruined. Let us hope that our dioceses will follow through… and yes, everyone knows I have a vivid fantasy, but I do hope that one day Holy Trinity will be restored, either by the Church or State. Thankfully, nowadays none of that would be legal. Let us hope. 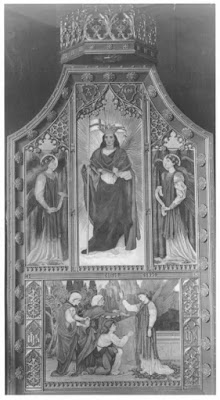