Elizabethan Book of Common Prayer finds its way back home. 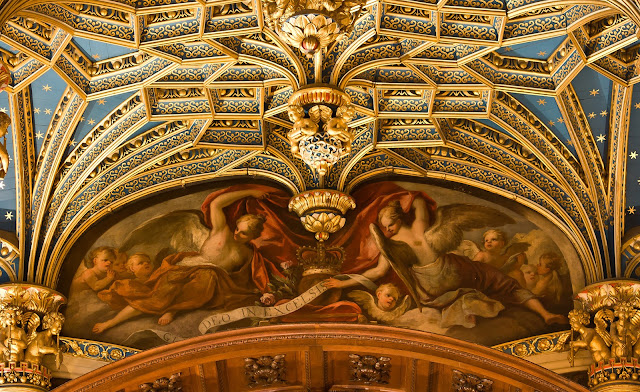 Some of you may know of my great love for the Book of Common Prayer. Not only it is one of the greatest works of liturgical and theological craftsmanship, combining both the catholic and reformed heritage of our Church, and being the very doctrinal and practical backbone of the Church of England, but it is also one of the greatest examples of English literature on pair with the works of William Shakespeare and John Milton. It is indeed a treasure of our Anglican tradition. Therefore, I was very pleased to learn of the news I am about to discuss in this article.

During the summer, I had the pleasure of meeting with a lovely clergyman on a couple of occasions, one of which was following a service of Choral Evensong at the Chapel Royal at St. James' Palace. Canon Anthony Howe is himself a chaplain to Her Majesty the Queen at the Chapel Royal at Hampton Court Palace, and like me, but rather with much more expertise, he is a lover of the Book of Common Prayer. 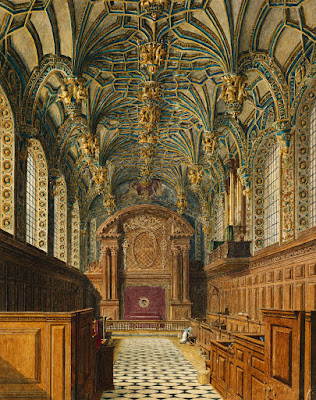 Canon Howe has been an avid book collector since the age of twelve, and as a matter of fact, he points out, it all started when he picked up a tiny pocket-sized Georgian Prayer Book at a church fair. Since then, he has been collecting over 200 books which range from the mid-15th century and late 18th century, with some volumes being of particular rarity. 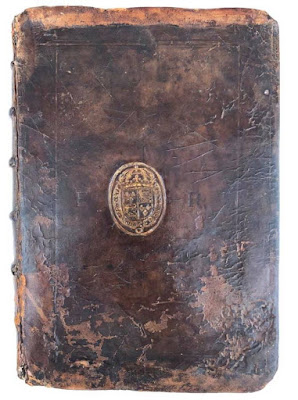 While exploring eBay, as he often does, Canon Howe stumbled across an amazing Book of Common Prayer from 1594 - from the reign of Queen Elizabeth I. As soon as he got the book in his hands he realized he had not stumbled upon any ordinary edition at all but the quality of the binding and format proved that this volume was intended to be used in a church. He also made the discovery that the book had been printed in London by the Deputies of the Queen's Printer, Christopher Barker making it a rare example of Elizabethan Prayer Book which was used in the Chapel Royals under her reign. This volume had not been used in any church.

Canon Howe points out that the volume is rather worn out, as this was no ordinary text that spent most of its life on a bookshelf, but it was in fact used liturgically day by day - the pages of Mattins and Evensong, are especially worn out, confirming this theory. Amazingly, the book is complete with no alterations, but a few additions from the reign of Charles I. The first page with its beautiful decorations is still there, that is usually the first one to go, he remarks.

He continues that as the volume also carries the Royal Arms, albeit not with full achievement but with the shield surrounded by the Garter. This means that this was not any ordinary church Prayer Book, but one that was definitely used in the Queen's Chapel Royals - this was also confirmed by the presence of the cipher ER, Elizabetha Regina, the logo in use with the Royal Household. 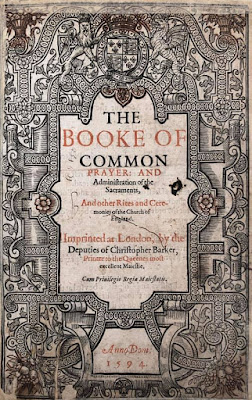 He also likes to point out how the book still has the interesting order for the Sacramental known as the "Touching of the King's Evil" - when the anointed monarch would heal a sick subject by laying her hands upon him - this copy of the book may have been used exactly for that, this could be proven by the fact the prayer was handwritten.

Canon Howe points out how touched he is: it is really special for me because it would have been used by my predecessors hundreds of years ago or even at Hampton Court”. Prof Diarmaid MacCulloch, an expert in Church History from Oxford University added that this is tremendously exciting find - it is clearly from the Elizabethan Chapel Royal, the private chapel of Queen Elizabeth which would travel with her from palace to palace. He also added that the prayer for the "Touching of the King's Evil" is hugely exciting and there is nothing else like it from before 1618. 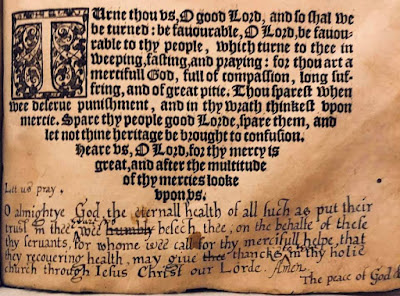 After only about two weeks, the news of the discovery has become matter of excitement everywhere in Church circles, indeed, it was also reported on a national newspaper. I am indeed very excited for Canon Howe and I am especially pleased that this amazingly rare edition of the Book of Common Prayer has made its way back home, in the Chapel Royal, into the hands of someone who can appreciate it - still again, under the reign of Elizabetha Regina.


With thanks to the Canon Anthony Howe and the Chapel Royal at Hampton Court for the photographs.