The Rev. Dr. Robert Jenkins Nevin, the story of an adopted Roman.

I have been writing extensively about the life of late 19th century Anglo-American scene in Rome, but perhaps it is time to write something about one of its most interesting and enigmatic characters.
The Reverend Dr. Robert Jenkins Nevin was born on 24th November 1839 at Allegheny City, Allegheny County, in Pennsylvania. He was born in a well-cultured family to John Williamson Nevin, a renowned pastor and theologian, and Martha Jenkins Nevin. He had two siblings, an older sister, Alice, and a younger one, Blanche Nevin, the first noteworthy American female sculptor. 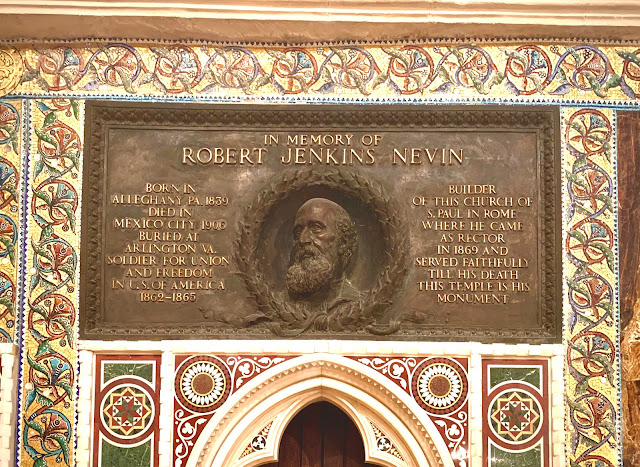 He was educated in Theology at the Divinity School in Philadelphia and then continued his education at the high Episcopal General Theological Seminary in New York City and the Franklin and Marshall College in Lancaster, Pennsylvania. He finally received his D.D. in 1874 from Union Theological Seminary and his L.L.D. in 1887 from Hobart College, also in the North-East. He graduated from the latter with “highest honors” and delivered the Marshall Oration on “Chief Justice Marshall”.

On 11th August 1862, he was commissioned as Second Lieutenant, Company C.122nd Pennsylvania Volunteer Infantry. He was soon promoted to the rank of First Lieutenant. Later, during the American Civil War, he commanded Independent Battery I of the Pennsylvania Volunteers, which was eventually named after himself. He was breveted Major, and commanded the Central Brigade in the defenses of Washington D.C.

After the war, he dedicated himself to his ecclesiastical career. From 1868 until his death in 1906, he was employed as a clergyman at various locations. He was ordained to the priesthood in the Protestant Episcopal Church of the United States of America in 1867 at West Chester, Chester County, Pennsylvania, and served at the Church of the Nativity until October 1869, when he took charge of Grace Church, the American Chapel in Rome, off the Porta del Popolo, sharing the same building with the English congregation. There he also funded a new American Episcopal church, still existing to this day, St. Paul’s within the Walls. 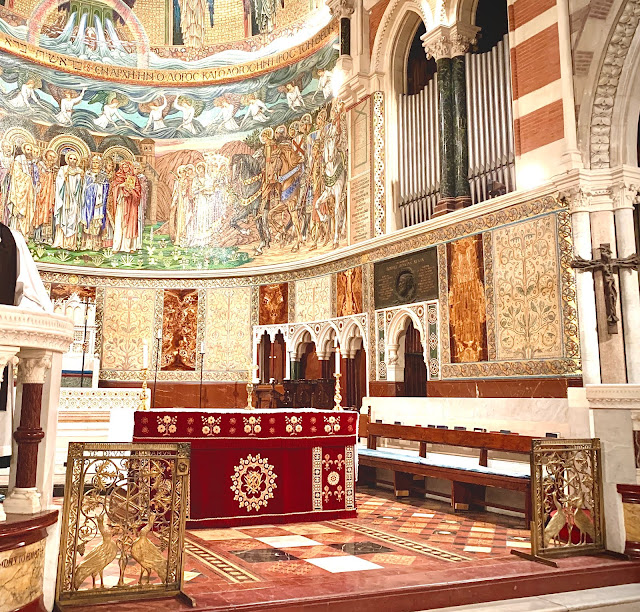 John Dennison Nevin writes:"Robert Jenkins Nevin took charge of 'St. Paul's Within the Walls', Rome, where he served for 37 years. He obtained funds for the present building, begun in 1870 and finished 1876. This was the first Protestant church in Rome. Considerable international diplomacy was necessary before the Vatican gave its consent to the building of this church, and even then, Dr.Nevin's life was in danger from religious fanatics. This Gothic structure is much admired; its chief attraction for art lovers is in the mosaic designed by Sir Edward Burne-Jones. Dr. Nevin was commissary for Bishop Potter in starting the Cathedral of St. John the Divine in New York, and selected the present site for that building.”

The nearly 150-year-old church of St. Paul’s within the Walls was the first non-Catholic church built inside the ancient Roman walls. Nevin was an avid art collector and philanthropist who like many other Americans found Rome to be a heaven for Gilded Age Americans - among others we remember Henrietta Tower-Wurts who went to live in the beautiful Villa Sciarra on the Janiculum Hill for a time.

Nevin had collected endless artworks while in Italy, his favorite period was the late Gothic and early Renaissance style, which was very popular during the late 19th century. He had several works by the so called petit-maîtres of the 14th and 15th centuries, but also outstanding works by Paolo Veneziano and Carlo Crivelli. Clearly, being in Rome, he had a good eye for a good Baroque master, he also owned stunning paintings by Luca Giordano, one of the great names of the Roman Baroque. His collection was eventually partly purchased by the Wurts the year following his death in 1907. In Rome, he was not only a collector, but also a philanthropist - the construction of his church, St. Paul’s within the Walls, was commissioned to High Victorian architect, George Edmund Street from London. All the greatest American philanthropists helped towards finding funds for its constructions, among them the Morgans and the Astors.

It is a brick and marble masterpiece inspired by the northern Italian churches, with a particular attention to San Zenone in Verona. The richly decorated sanctuary is a marvel to the eyes of the beholder and it points to the altar. The very Italian bell tower, was commissioned by him as a challenge to papal authority, so that it could be seen and heard from the Vatican. He also commissioned the decoration of the apse to one of the greatest Pre-Raphaelite artists of Victorian England; Edmund Burne-Jones. His Christ in glory with saints, is still considered to be perhaps the greatest Victorian artwork in continental Europe. It certainly is breathtaking. Moreover, he also commissioned the construction of his Rectory to Street - a very fine palazzo in the Venetian Revival style with Library and Piano Nobile. A Library, because he loved history, poetry and theology - he also wrote extensively about the idea of funding an Italian Catholic-Reformed (Anglican) Church. The church and rectory are his monument.

Robert Jenkins Nevin died on 20th September 1906 and was subsequently buried with military honors in Section 3 of Arlington National Cemetery, beneath a stone which reads: “A soldier for the union and freedom in the United States of America, 1862-65”. He was certainly one of the most interesting characters of the Anglo-American scene of 19th century Rome, we remain thankful for his generosity and the church which he left as his monument. 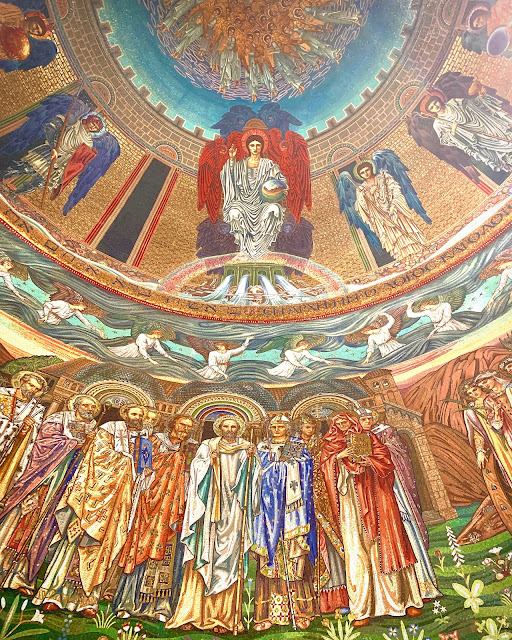