In 2019, one of the most beloved gems of the Anglican tradition; the Book of Common Prayer, celebrated its 470th anniversary. Why is it that such an antiquated text seems to be still relevant after so many years since its final drafting of 1662?

Only recently, various articles have appeared on British media. Among them, one appeared on the Telegraph. According to a study, among the few places in the Church of England which are actually attracting people in great numbers are the choral services in Oxbridge colleges. The article argues that it is because of the soothing music and the transcendental words of the Book of Common Prayer. According to a more recent article from the Guardian - cathedrals are the most successful places of worship in the whole Church of England for services, for exactly the same reasons. 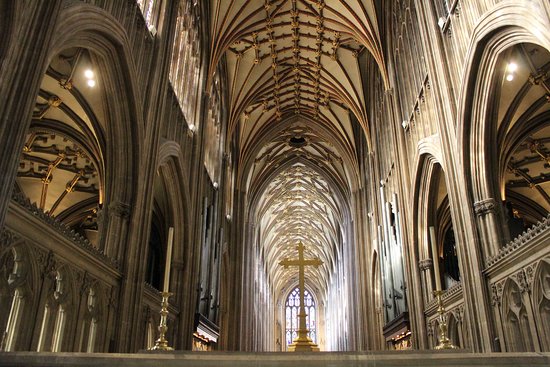 In my humble opinion, the reason may be found in the very reason why youngsters, and not even necessarily Christian youngsters, attend worship in Oxbridge. It is because for a few minutes, among the hustle and chaos of a stressful life one can find an unchanged safe place, with traditions that go back centuries, and where one can be carried away in worship, by the stillness of the experience but also by the quality of the music and its content. It is not necessarily a more passive attitude to worship, but perhaps a more needed one. "To sing is to pray twice", said Saint Augustine. 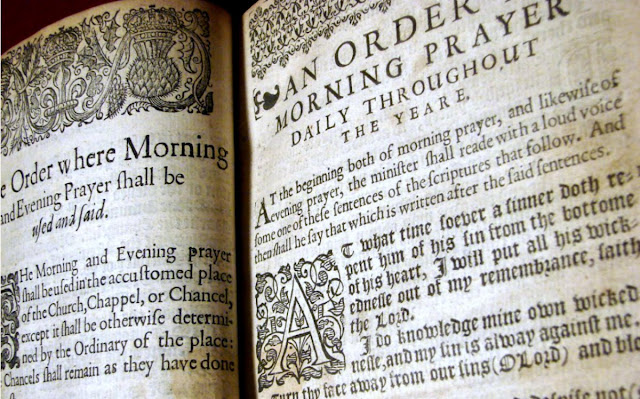 For Anglicans, music is prayer, and prayer is what builds our faith. "Prayer should be the key of the day and the lock of the night", George Herbert said, and this is exactly what our college chapels and cathedrals do day by day since time immemorial.
Certainly, one has to be realistic over the reasons of the decline of attendance in the past few decades, and those reasons have to be found mainly in the socio-demographic realities of the time. However, a big token of the blame might be addressed to the "Parish Communion Movement" which during the central half of the 20th century drastically changed the way in which Anglicans had been worshipping for centuries. The former use still lives in the habits of church-goers, more and more people come to our services when they are not eucharistic.

Change happened without enough time to adapt to it. There was also a strong emphasis on what clergy wanted as opposed to what the congregations wanted. One can still tell in many Church of England congregations how the clergy will try to add all sorts of "Catholic" services or practices, while the still "Protestant" congregation will fail to attend or understand them, and will only show up on a Sunday anyway. Whenever there is a church event now, Holy Communion is the service most often used, this has taken a lot away from lay leadership, and I am not sure this is good.

The Parish Communion Movement, a fruit of the least moderate wing of Anglo-Catholicism addressed the need to make the Sung Communion the main service in all parish churches. Whereas, in the past that would have been Choral Mattins. It would be important to notice that "high and dry" or as some would call it "choral and floral" worship is incredibly appealing, and has nothing to envy from the ritualistic forms of Anglo-Catholicism. In fact, it attracts people in the thousands each week for choral services throughout the Anglican world. The claim of the Parish Communion Movement was to unify the practices of the Anglican Communion with those of the Roman Catholic Church. However, funnily enough, Rome did have frequent daily Masses, with the High Mass, being the central part of the Sunday celebrations. However, it wasn't until the reforms of Pius X in the early 20th century, that Catholics were encouraged to receive communion more than twice a year. The argument does not stand. 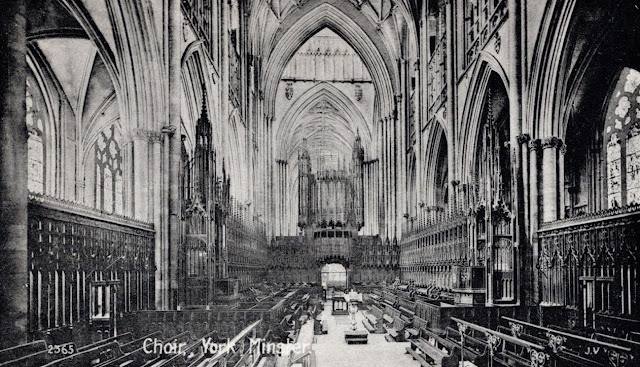 However, change has happened - we must be able to work with it. Change has happened in a way in which Anglicans have suddenly found themselves worshipping in a way they were not used to. Talking about socio-demographic change, is it a coincidence most congregations halved once the Parish Communion Movement's changes took over? Did half of the congregation die within a year or two?

Please do not get me wrong, I am not a fundamentalist or a fanatic and I do believe that change is necessary and it is one way of the Spirit of expressing itself in the tradition of our universal Church. However, I do pity that now Choral Mattins is a fairly rare find outside cathedrals or country churches. Please, do not getting me wrong - I am not a low churchman. I simply express my view as a 25 years old high and dry Anglican - my view of communion is incredibly high, that is why for me a more prolonged expectation for the celebration of Holy Communion, results in a more fulfilling experience. Why do we prepare ourselves and wait expectantly for Christmas or Easter? 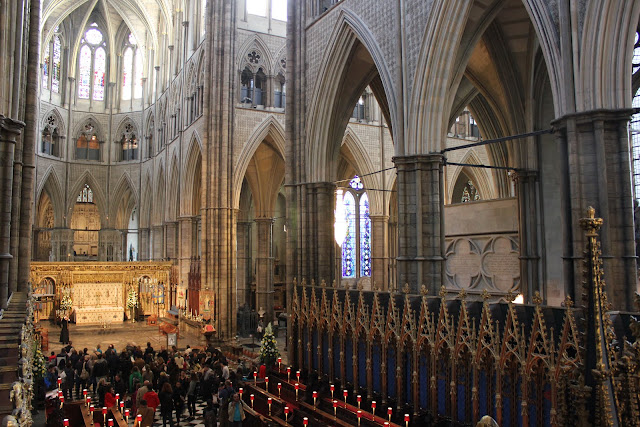 The Book of Common Prayer reunited both the low and high churches' traditions magnificently, in some the congregations would sing the canticles to Anglican Chant in unison, in other, larger ones, the choir would prepare spectacular renditions of those canticles. Some mistakenly assume that a Mattins and Communion Sunday morning means low church - how untrue - this is the way the Caroline Divines would have worshipped when some of them even payed the ultimate sacrifice to preserve the historicity of the Church of England. Why is it that some of the best attended Sunday services in London are Choral Mattins? Westminster Abbey, St. Paul's Cathedral, and on a parish level Temple Church, Holy Trinity Church Kensington, St. Mary's Abbots, and Chelsea Old Church, the latter being the truest of the experiences in my opinion, are doing awfully well. In the United States, Grace Church in Manhattan and St. John's in Savannah come to mind, they also have very young congregations. St. Botolph's Church in downtown Cambridge, UK is packed every Sunday - it is a liberal Catholic parish filled with bright young students. My point is not to attack other traditions, but to let the mainline Anglican tradition exist as well, without being deemed as old fashioned British Museum religion. It seems only fair enough. It is also a generational phase, without trying to be discriminatory, those born between the 1950s and 1960s seem to be wanting to do away with the Prayer Book, which is instead what bonds grandparents and millennials together.

In the chaos and drama of this fleeting world, people, Christians and not, want to find refuge in soothing religion, and the Prayer Book allows one "to worship the Lord in the beauty of holiness" (Psalm 96:9). As millennials, back in our parents' generations you did not have to check the times of services if you were visiting another parish. You were going to get Holy Communion at 8 AM or 12 PM, Mattins at 11 AM and Evensong at 4 PM. There is a comfort in familiarity - and as a socially liberal Anglican, I have never been an advocate of liturgical reform - traditional religion and traditional views are not complementary. This is still successful in some places, while I am not saying we should start a new reform, I am advocating for bringing the beautiful alternation of morning prayer and evening prayer in that beautiful language back to mind. I think that sometimes it is the case that some try to recreate a solely reformed world or a solely catholic world within Anglicanism, forgetting that we have our own identity as both. 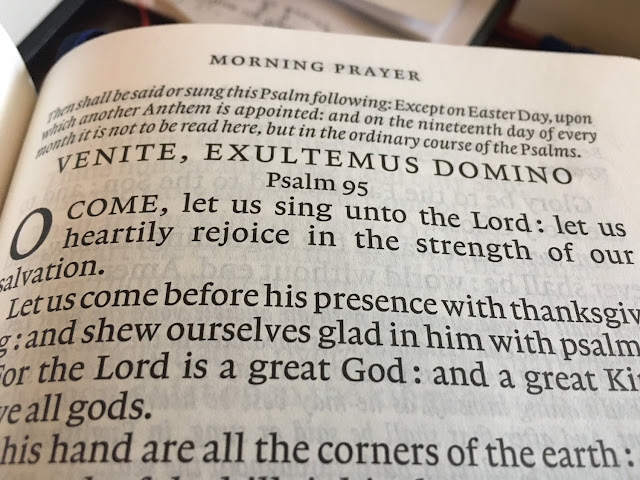 Anglicans have been worshipping in this way for hundreds of years and although this patrimony will not be lost, it may be worth it to gradually include this combination of great music, from traditional hymns to good chanting, and the timeless prose of the prayer book and the authorized version, into our churches. It clearly works with the young in Oxbridge, and it clearly works in the thousands in our cathedrals. One of the most powerful experiences I have ever had was sitting in the stillness of Westminster Abbey after a bad week, I got there early in a hot July morning, fought the tourists on the Tube, my mind was in another place, and what I needed was peace, then I closed my eyes and the choir thundered: "O come, let us sing unto the Lord; let us heartily rejoice in the strength of our salvation. Let us come before his presence with thanksgiving; and show ourselves glad in him with psalms". It was utterly moving.

This is our tradition, and we must make it known, prayer book does not equal closed-mindedness, not at all - I believe it means timeless stillness, which is what all of us need nowadays. I think this may be a recipe for the future of our Church. In July, I worshipped also at Chelsea Old Church, whose Family Service is very popular with the locals, their main service is Mattins. I can see why our grandparents all went to church (sort of), when the whole congregation thunders in the singing of the Te Deum: "Thou Art the King of Glory, Oh Christ!" - you know there's something special in the air. I am not preaching the praises of a prehistoric Church, but I am asking to reconsider what is good and what can and should be saved. 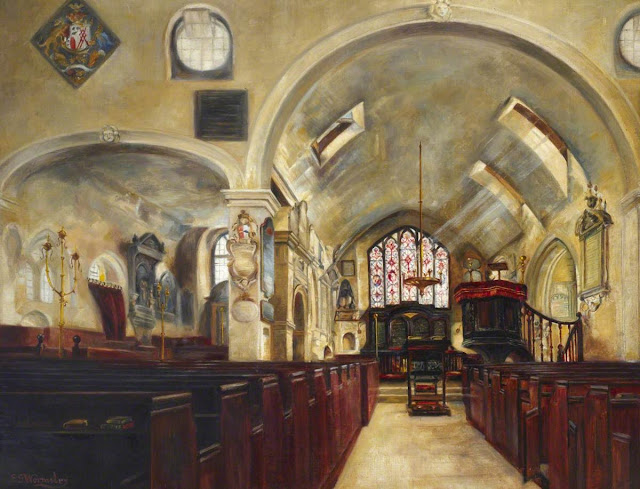 I believe it all has to do with the familiarity of the words, from the invitatory words to the collects, "O Lord open thou our lips"... the range of emotions the psalms go through in their beautiful prose, each sung in a different way. The blasting words of the Te Deum as opposed to the humble words of the Magnificat. The alternation between Sunday Mattins and Evensong. Beautiful hymns of old. Why is it that people show up at Christmas? It's the music - and we should use that at our own advantage. Why is Evensong so well attended? What would happen if its morning counterpart would become the main Sunday service? Will we see a resurgence in church attendance? Who knows. The Church has to be a timeless and all-welcoming haven where people can escape the modern world in a realistic way if only for a short time each week. Mattins and Evensong did exactly that - either congregationally or chorally - and they mirror and lead us into the expectation for the holiest gift that Christ has left unto all of us. "So feed us with the body and blood of Jesus Christ, your Son, that we may forever live in him and he in us". I am not suggesting to get rid of change, but to try and add to it. Perhaps what people need is to sit down for a few minutes and enjoy the transcendental power of worship, and to be carried away by beauty in worship. "O worship the Lord in the beauty of holiness".

I cannot ope mine eyes,
But thou art ready there to catch
My morning-soul and sacrifice:
Then we must needs for that day make a match.

My God, what is a heart?
Silver, or gold, or precious stone,
Or star, or rainbow, or a part
Of all these things or all of them in one?

My God, what is a heart?
That thou should'st it so eye, and woo,
Pouring upon it all thy art,
As if that thou hadst nothing else to do?

Indeed man's whole estate
Amounts (and richly) to serve thee:
He did not heav'n and earth create,
Yet studies them, not him by whom they be.

Teach me thy love to know;
That this new light, which now I see,
May both the work and workman show:
Then by a sun-beam I will climb to thee. 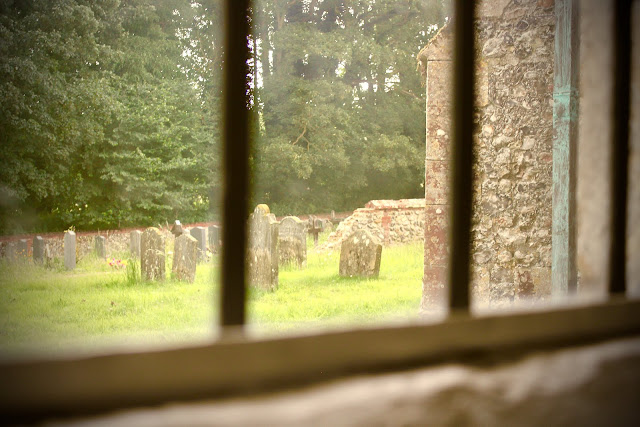